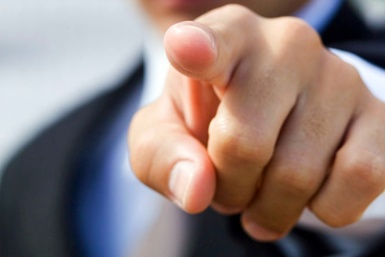 You will go through a lot of things in your life that wont go your way. Some days, you’ll feel like giving up. People will talk bad about you, even though its not true. People who you thought were friends, use you but all this is a part of you life and an experience for you to become better. Sometimes, people don’t learn much from these things and end up going through depression, isolating themselves and end up blaming others that they never progressed in life because of them. Truth is, no one held you back except yourself. If you only took the lessons embedded in these hardships, embedded in the betrayals, you’ll come to recognize that they were created in such a way, that it was only supposed to make you stronger, not weaker. You can only place so much blame on another person because of your failures but there comes a time, when you have to look at yourself. Deeply reflect on who actually held you back. You’ll come to end up pointing the finger back at yourself. A lot of things in life are Allah’s decree, there is no doubt about that but sometimes our decisions, our actions in these hardships, situations in life, are a choice we make that pave a way for us to live. You can either give up, sit in a corner, play the blame game or continue moving forward in life. Only you prevent yourself from progressing in life. Allah opens up many doors for us, many opportunities for us to seize and take advantage of but due to our bitterness, due to us not letting go of our past, we never progress and instead, stay in a bitter state. Leave your heart clean. Keep it in a pure state. Let things go, don’t hold grudges and learn from every good and bad experience in your life. Take them as lessons and not as something harmful. It can only harm you if you allow it to. Also, let negative people go and if they are family, keep them at a distance because it is haram (forbidden) to cut off ties of kinship. Make decisions that are best for you. You will experience life differently from everyone in this world and not everything happened to them, will happen to you. Know who to keep around and who to let go. Life can be easy or it can be hard but it depends on you and the decisions you make after hardships, trials and tribulations. 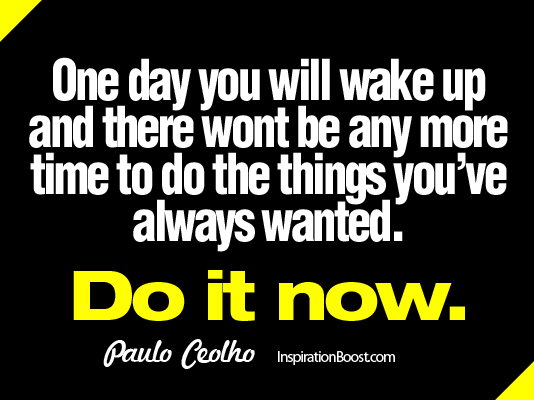 Ahmed Mohammed, a 14 year old from Irving, Texas, who loves inventing things in his free time, was arrested because his teacher thought the clock digital clock he created, was a bomb. How sad is that? As a society, we see our youngsters, joining gangs, selling drugs, dropping out of school, while Ahmed Mohammed is taking control of his life and inventing things to benefit society.

I know how hard it is for young individuals to free themselves from negative influences and peer pressure, to be able to develop the skills to be able to invent things, to only be themselves. If you see a young individual or even an older person, aspiring to be more than just a person who works 9-5, support them, encourage them, help them believe in themselves, just as people today, thousands, have supported Ahmed Mohammed. All a person ever needs a little bit of support to know that people care what they aspire to be. They need words of encouragement, so they can believe themselves further, so they can make it where they want to be in life. Help them accomplish their goals, don’t be a hater. Don’t be someone who can’t watch another person become successful.

If you are a person, who plans to invent something. Who plans to accomplish your goals, go ahead and do it. Don’t wait for time to pass or wait till you are old, fragile, unable to take advantage of your health and free time, to do what you loved. Life is short and tomorrow may never come. You may not live till you are 50 to see the rest of this world, so you love to travel, travel. If you love to paint, paint. If you love to write, write a book, write papers, write paragraphs, even if no one supports you in any of this. Do it because you love to do it and do it because you have been given an inspiration, a talent, a vision from Allah subhana wata’ala to pursue these things. If you are looking for results when you start, they may deter you from living out your life, goals and dreams. Everything will eventually fall into place and know, Allah is the best of planners. It is for you to do, make an effort and it is for Allah to give what is to be given in return.

Each and every single one of us has a talent, a gift, a skill that is able to change the world, change the people around us, so don’t wait for a perfect moment because there are no perfect moments. There is only a moment. That moment is now, your current situation, current place, so take advantage of it and just do it.

As Floyd Mayweather Jr closes his career, which is not likely, due to him being competitive and looking to be remembered as the greatest of all time or he says, The Best Ever (TBE), many casual fans will remember Floyd as the runner but many boxing fans will remember Floyd for his career especially at the lighter weights, when he did stand in front of his opponents, make them miss and light them up with combinations. That was an exciting Floyd Mayweather Jr. As Floyd grew older, he implemented a more conservative style. We didn’t see him throw as many combinations as he did against N’dou, Gatti, Corrales, Hernandez, Manfredy and several others. He perfected the hit and not get style, leaving his opponents baffled on how to close off the ring and actually land a flush punch and even at times, walking down bigger opponents like Saul “Canelo” Alvarez.

Many will hate him but that comes with a career he created with the characters Pretty Boy Floyd and Money. Just as Mike Tyson created a persona to sell fights and a character, to entice the fans and casual fans alike, just as Ali was extremely charismatic and sarcastic to have all eyes on him, Floyd created something for himself through watching these fighters. We can hate on him all we like but a person that is disliked can never have millions tuning into watch him once or twice a year and break records cause that is not possible.

Floyd gave his all for 19 years as a fighter, just as all of us give our all everyday in our careers. Was he exciting all the time? No. Was he a smart fighter? That is obvious. But he did something right for those 19 years, to stay undefeated, to be a champion for 18 years. You can say he cherry picked his way to the top but cherry pickers don’t fight top 5 or top 3 fighters in their division.

When Floyd moved up in every division, he ended up fighting the champion in those divisions. He didn’t take tune up fights, he fought the top guy, the big dog and outclassed them. He has done everything all the fighters in the present and in the past wish they did. The amount of money he made. The records he broke. Titles in 5 different weight classes. He is what every fighter wishes they could be. There isn’t anything else to accomplish and we all know, it doesn’t make sense to fight Gennady “GGG” Golovkin, when he himself, wont even move up 1 division to take on Andre Ward, nor accept a fight with Erislandy Lara who is willing to move up to 160lbs.

Floyd puts on masterful performances every time he steps into the ring and only those who understand the sweet science, who appreciate the hit and not get hit style that Willie Pep, Muhammad Ali, Sugar Ray Leonard, Pernell Whittaker, James Toney, Roy Jones Jr and several others will be remembered for. Floyd will definitely not be remembered as TBE now, perhaps in the future or perhaps never but, Floyd is world class and is definitely the TBE of this era. 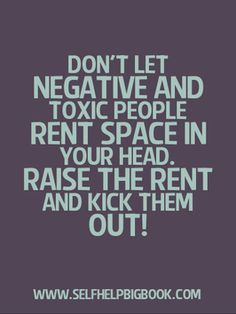 You are going to come across negative people in all aspects of your life, no matter where you go, your career aspirations, school, in the work place but the most disheartening place to find negative people is in your home. Home, we feel it is a place where everyone feels welcome. Your family encourages you to be better and to overcome obstacles in your life, instead, we run into family members who end up being the obstacles in life, holding us back from so much. We express our feelings, we are deemed as weak. We share our goals, we are showing off. We share our happiness, they think you are better than them. All we ever look for is support, encouragement and motivation to get further in life, instead we get the total opposite and it breaks us down eventually. Sometimes, we come to ask ourselves, how come those who are closest to us, end up breaking us down? Why don’t they encourage us? Some say, they are using reverse psychology on you, to encourage you. Some will say, they are jealous of what you will be able to accomplish with your skills. No matter what it is, these people, family members are not really an important aspect of your life if they hold you back, if they hold you down.

Look to encourage yourself from their negativity and accomplish what you’ve dreamed. Look to move on with your life with their words and use it as coal to fuel your fire, to build a fortress high enough, so they can see you standing tall. Don’t allow negative people to occupy a vacant space that is too expensive to rent in your head. The only thing should occupy your mind, to occupy that space, is your goals and aspirations and how you want to accomplish it in life. Your family is always going to say negative things to you. They will always look to bring you down but you are neither what they say of you or what they think of you. You are everything you think you will be and what you think you will be, is someone who is relevant in what matters most. You are everything Allah subhana wata’ala has created you for and gifted to you, talents and abilities. Negative people, no matter who it be, family, friends, enemies, are only a minor set back for a major come back in life. If they have brought you down, tore you down from going towards your goals and dreams, it has only been a temporary phase which developed a much stronger version of yourself, that is it, nothing more.

Negative people, those who say things to bring you down, only say things because it is a reflection of themselves. They are afraid of you. A strong minded, capable individual, who they wish they could become. Deep down, they envy everything you are today and everything you will become. You are what they wish they could be, so take it as a compliment and don’t let it affect your way of life.

Can’t Find What You Are Looking For? Search Here