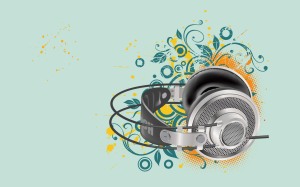 * Authors Note – There are several proofs why music is haram. A lot of people seem to take Ibn Hazm (may Allah have mercy upon him) proof on making it permissible but the scholars have said, it is haram. Even The Prophet Muhammad (peace & blessings be upon him) said, there will be a day where several things people will make them halal and one of them was music. One of the sites I like to use for finding answers for Islam is http://www.islamqa.com .. You can find and research the proofs yourself.

Assalamwalikum (Peace Be Upon You). As I sit here in this extremely hot day in Toronto, Ive been asked quite a lot of times, “why did you stop listening to music and how?” The explanation of someone who does something may sound simple but the struggle as we all know is the hardest part. A majority of us have made music a huge part of our lives. A lot of us wake up to our alarm clocks which are now their favourite songs. Many of us occupy ourselves in our drives or rides to work or wherever we are going with a CD or an iPod filled with music. Music has become such a huge part in our lives that many people cannot live without music.

A lot of times I’ve come across asking myself this question. “If I was to die in a state of doing something which is haram (forbidden) would I want to be raised that way, in front of Allah SWT?” This question would constantly pop up in my head as I would drive to work in the early morning hours or coming back from work. You know the usual, driving in your car, windows down, blasting your music. It was the way to drive, no matter where you are going. I guess we’ve been influenced so much that we think that this is by far the most “coolest” way to drive. If we had someone beside us and they were listening to something of a different genre, we would laugh in our heads. A lot of us are driving dancing, bobbing our head, knowing the lyrics to the songs but again, the question would pop up in my head “do I want to die in this state, reciting lyrics?”

Eventually, the more I pondered over the songs I listened to, the more I’d begin to understand. Now, someone may say “music is not the problem, it is you, who has become weak and being influenced by music, Im still normal listening to it!” If you are a non-muslim, that question may fly but if you are a Muslim, that question doesn’t fly. How many times are standing in salah through out the day, whether in congregation or alone and you are doing your best to recite Surah Al-Fatiha which just rolls off the tongue because we’ve grown up reciting it and then the next Surah you are reciting or action attempting to do, there are those lyrics stuck in your head. Or you are standing in salah while the imam is reciting and those lyrics are stuck in your head. You are doing your best to concentrate in your salah and that song you’ve had on repeat is there. It is just becomes hard because the shaytaan is doing his best reminding of things to do through out the day and what you should have done and your missed opportunities and then there are also the lyrics which just dribble in your head.

The music did not just only affect my salah but it affected my speech. Everyone can relate to the speech in the music, as it is profanity or “OMG! HE SAID A BAD WORD!” which we have become accustomed to as it has become the norm now-a-days. It was just not only the profanity, the bad words but how we would speak to one another. Anyone who says, music has not influenced my life in a negative way is down right in denial. You can tell from the way they speak and the way they speak to others and the way they speak about others. If it is about a woman it’s usually the “B” word or hoe or slut or if it is about a male its usually that n-word this and that n-word that. Some people have no problem using these words calling out others but would a brother call his mother, sister or cousin the “B” word or hoe or slut? Obviously not but we easily refer to others who we have no connection with. Many people will say “I don’t mean it in that way” but even then, you are making excuses for your lack of manners. Allah SWT says about saying good and not saying things which are bad, ill, profanity,  in Surah Al-Ahzaab: “O, you who believe! Fear Allah and speak a word that is true and He will correct your deeds and forgive your sins. And whoever obeys Allah and His Messenger has indeed achieved a great success.” and Allah SWT also says says Surah Al-Mu’minun (The Believers): “And they who turn away from ill speech.” “Ill speech” is all we usually get 75% of the time in the music we listen to now-a-days, so if you say you are are not even affected by what you are listening to or how you speak to others then you are in denial.

Music not only affects your speech but how you act. I won’t say it makes people do anything but it definitely influences people to have different ambitions in life. Achieving things by haram means. In music, most rappers are rapping about the street life and how they make money selling drugs and having a similar lifestyle with cash, clothes and cars. So the youth either see this in the videos or what they hear and they go out and attempt to live in those means. This not only affects their eman (faith) but it also affects the community and if they get caught, it affects them getting a job which would provide for them in a halal way, that itself becomes a struggle.

After years of listening to music and years of struggling to keep away from music, its been years since I stopped listening to music, Alhumdulilah. First and foremost, I don’t want to die reciting lyrics or listening to music but I want to die in a state of eman (faith) as a believer, and die raised in the best manner. So when I am raised in front of my creator, Allah SWT, I will be raised in the best state possible. Secondly, It was affecting my salah. Constant reminders of the songs I’d listen to through the day or songs I’d have on repeat. After I gave up music, Alhumdulilah, I can concentrate better in salah, as there is not a single song stuck in my head. I just decided one day after pondering over these thoughts I’ve shared with you, Ill give it up for good. I had stacks of CDs, not bootleg but ones I purchased and decided to break them all and throw them out. The first thought that entered my mind was don’t break them, sell them and make money off of them but then I thought to myself, I’d only be giving up my haram and giving it to someone else to be involved in haram, so I’d get sins. This was obviously the whisper of shaytaan telling me make money but Alhumdulilah, I did not. Obviously, I am not perfect, I do commit errors and I do sin, just as we all do and I do my best to make my character to the best of my abilities and my best to live according to the Sunnah Of the Messenger Of Allah (Peace & Blessings Be Upon Him).

So this is was my struggle, my experience, my escape from music and how it affected me and how it no longer affects me in any type of way. I know many people struggle with music, just as I have struggled over the years and it is definitely hard to give it up but you have to ask yourself the same questions I asked myself. You have to listen to your speech and how you speak to others, how you act, what are your ambitions and what made you have those ambitions? You can be music free and you can be a better believer. If you are able to give up so many things in your life because you know it has affected you and it may be whatever your struggles were, why can you not do the same with music when you know its affecting your eman? It’s affecting your salah and your connection with Allah and the people around you and it being haram (foridden).

May Allah SWT make it easy for you.

13 thoughts on “Why I Decided To Stop Listening To Music”

This site uses Akismet to reduce spam. Learn how your comment data is processed.

Can’t Find What You Are Looking For? Search Here